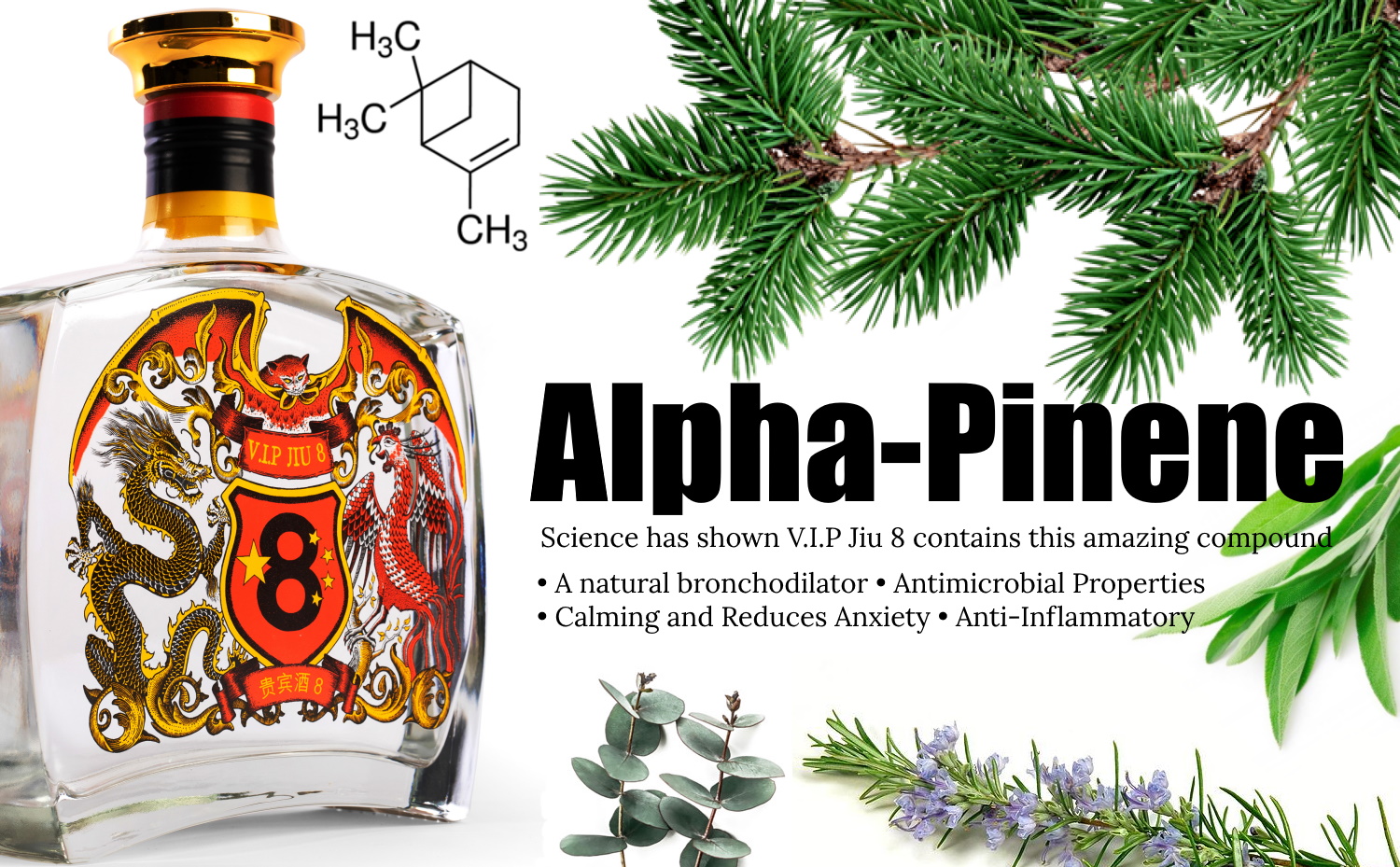 Alpha-pinene is a terpene, the scientific term of chemical compounds that occur naturally in plants and trees.

Alpha-pinene is typically found in pine trees. Rosemary, frankincense, sage and eucalyptus all contain Alpha-pinene too, though – as do the peels of citrus fruits, especially oranges.

Some benefits of Alpha-Pinene

All the same, science has uncovered some benefits for Alpha-pinene.

Alpha-pinene has natural anti-anxiety properties comparable to Diazepam, aka Valium.

Alpha-pinene is a natural bronchodilator. This means that it organically opens up the airways.

Alpha-pinene is a natural anti-inflammatory. Similarly, this ingredient has been used to combat the impact of acute pancreatitis – another seriously inflammatory concern.

MSRA is particularly harmful as it proves resistant to many traditional antibacterial medications and remedies. Alpha-pinene has been shown to kill the bacteria connected to this condition within six hours.

Alpha-pinene gives the brain a boost. The consumption of this terpene inhibits production of acetylcholinesterase. This is believed to improve memory and concentration.

What Else is Alpha-Pinene Used for?

Perhaps the most commonplace use of Alpha-pinene outside of consumption is in scented candles and room diffusers. The pine aroma of this ingredient is hugely appealing in these luxury products.

Alpha-Pinene is often used as a base ingredient, with essential oils added to create a blended perfume.