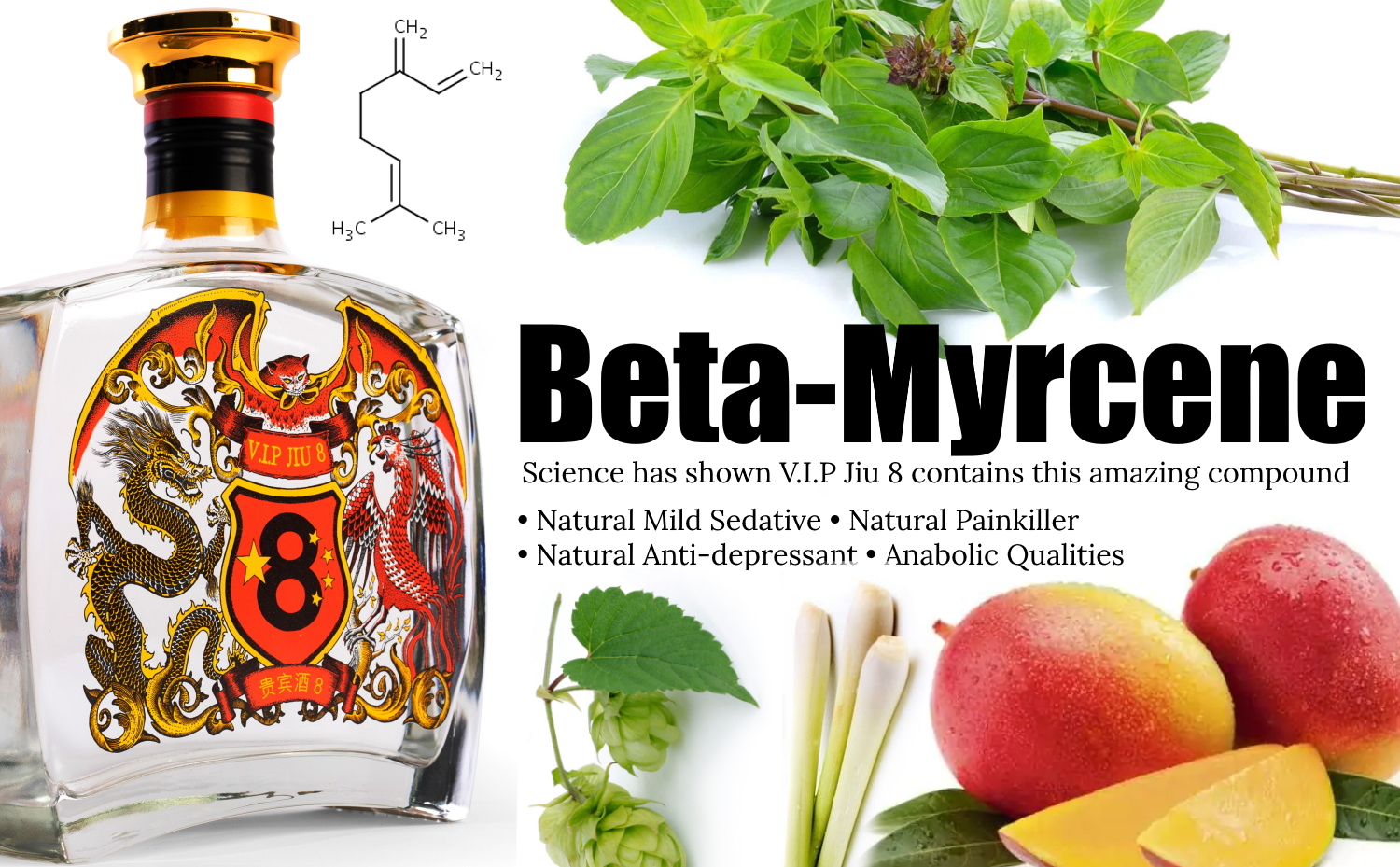 Beta-myrcene is another terpene. This ingredient is found naturally in tropical fruits such as mangoes, as well as fresh-growing basil, lemongrass and hops. This makes it hardly surprising that this amazing compound is found in V.I.P Jiu 8.

Some benefits of Beta-myrcene

All the same, science has uncovered some benefits for Beta-myrcene.

The biggest boost provided by Beta-myrcene is its sedative effect. This product relaxes the body and mind, slowing the heart rate. This makes it useful for anybody under stress or living with hypertension.

Beta-myrcene has been used by many cultures as a painkiller for such mild ailments as head and muscular aches.

Beta-myrcene is celebrated as an all-natural anti-depressant, with a performance comparable to St. John’s Wort.

Beta-myrcene helps the body remain in anabolism all day – perfect for those with a busy lifestyle that have no time for an energy crash.

What else is Beta-myrcene used for?

Beta-myrcene is primarily used to enhance the scent in consumer goods. You’ll find beta-myrcene on the ingredients list of most soaps and shower gels, perfumes and colognes, perfumed cosmetics (such as creams for the face or hands).