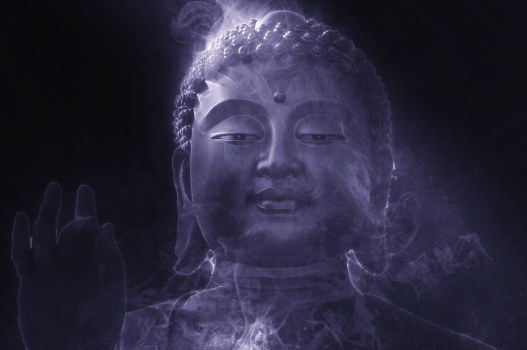 Buddha is not a name, but a title which means “One who is awake.” What a Buddha is aware of, is the nature of reality. The Buddha who lived 2600 years ago was not a god, but an ordinary man named Siddhartha Gautama, Who lived in what is now northern India and Nepal whose profound insight inspired the world. Although born a prince, he came to realise that conditioned experiences could not bring lasting happiness. After a long spiritual search he went into deep meditation, where he came to realise the nature of the mind.

Buddha achieved the state of enlightenment. This state of mind is free from disturbed emotions, it is filled with joy and active compassion. Buddhism teaches that we all live in a fog of illusion, created by erroneous perceptions and filled with ignorance. A Buddha is someone who is free from the fog. For the rest of his life, the Buddha taught anyone who asked how to reach enlightenment.

Put the ice cubes into a small tumbler, add the rest of ingredients, stir. Garnish with lemon peel.