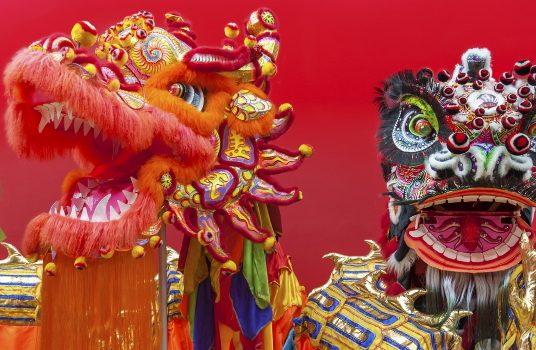 The basic movements of the lion dance are found in martial arts. The performers dress in a lion costume and mimic the movements of a lion, to bring about good luck. It is performed at new year, and other important occasions, such as weddings, business opening events and to honor special guests.

Both the lion and dragon dance are very old traditions that demand that the performers have high acrobatic skills and years of hard training are involved. According to tradition the Chinese believe the lion signifies courage, superiority and stability.

There are different styles of lion dance, the biggest distinction being the northern and southern. The northern lion dance was used to entertain the imperial court. While the southern was more symbolic and performed during rituals.