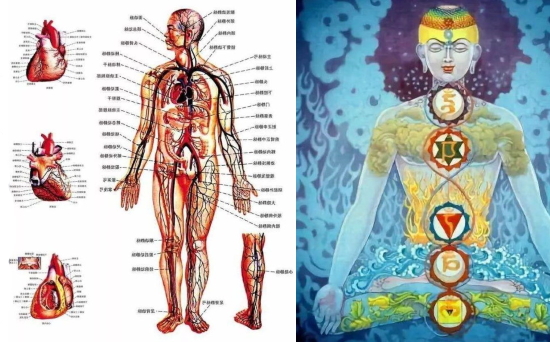 In Chinese philosophy, Qi is the life force that flows through everything in the cosmos. When Qi flows smoothly everything is in harmony, when the flow is interrupted problems arise. This is true of the human body, Qi flows through the organs maintaining health and balance. Providing the energy needed for our bodies to function and to maintain the strength and structure of our organs and keeping our metabolism constant. When there are interruptions and Qi cannot flow, we have health problems.

What Is Liver Qi

According to T.C.M. the liver Qi can become blocked through stress or anxiety.

Other symptoms said to be caused by liver Qi stagnation are depression, mood swings, frustration and anger.

What Is Heart Qi

The heart pumps blood around the body and regulates blood flow. The strength of heart Qi determines if the pumping action is strong and healthy, which is reflected in the rhythm and rate of the pulse. It also provides nutrition for the body, including our organs. In T.C. M the heart Qi is tantamount to the health of the individual. When the Qi is out it is observed through the complexion, eyes and responses. Anxiety palpitations when nervous, mood swings and many other symptoms are experienced.

What Is Lung Qi

The lungs need a moist environment to function properly, they are easily damaged by heat and dryness. Lung Qi can be damaged by poor posture, lack of exercise, poor breathing extreme exertion, grief and sadness.

What Is Kidney Qi

In T.C.M the kidney is the powerhouse of the body, supplying reserve energy to any organ running low on Qi. Its partner organ is the bladder. Fear is the emotion associated with the kidney, if you have panic attacks and anxiety your body may be trying to tell you that your kidney Qi is running low or is imbalanced.

What Is Spleen Qi

The spleen has the complicated task of changing the food we eat and the liquids we drink into blood and energy and transport them to the rest of the organs and body tissue, for nourishment, this takes a lot of work.

Bad diet, late night snacks, overwork all consume the Qi, thus making the spleen deficient. Eventually the overall body energy becomes deficient. Weakness of the spleen can lead to the generation of dampness.

Internal dampness, dampness can be looked upon as high humidity inside of the body. Symptoms can include a feeling of water retention, heaviness, swelling, phlegm discharge, loose bowls and sluggish energy.

External dampness, when external dampness enters the body, it does so from the feet. Works its way up the legs and settles in the lower San Jiao then spreads throughout the body. Symptoms included dizziness, a feeling of heaviness and aches and pains in the joints and loss of appetite.

The twelve standard meridians, or the principal meridians, are divided into Yin and Yan groups.

T.C.M. Considers the torso to be divided into three sections. The upper (the mist) The middle (the foam) The lower (the swamp).