V.I.P Jiu 8 is an extremely versatile baijiu; it can be drunk neat as intended as it has a great taste, both on the palate and on the throat and a long pleasant after taste.

It can also be used in cocktails and mixers as its strength of 58% ABV still shines when it has been diluted. It can be used as a restorative, or it can be mixed in with tea infusions, hot toddies, coffees and can be used as an ingredient along with other Chinese herbs when making a tisane or a decoction. 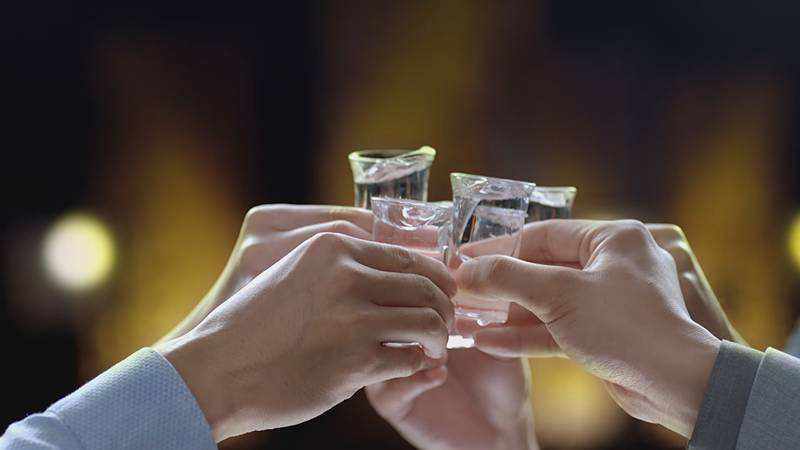 From opening the bottle and inhaling its unique bouquet, initially it is hard to pinpoint what it is that you are familiar with. Then you take a sip. The taste has a myriad of flavours that your taste buds cannot isolate individually at first. You have to take two or three more tots to get used to its distinctive piquancy; only then will you realise it is a totally new and exciting drink that you are experiencing! 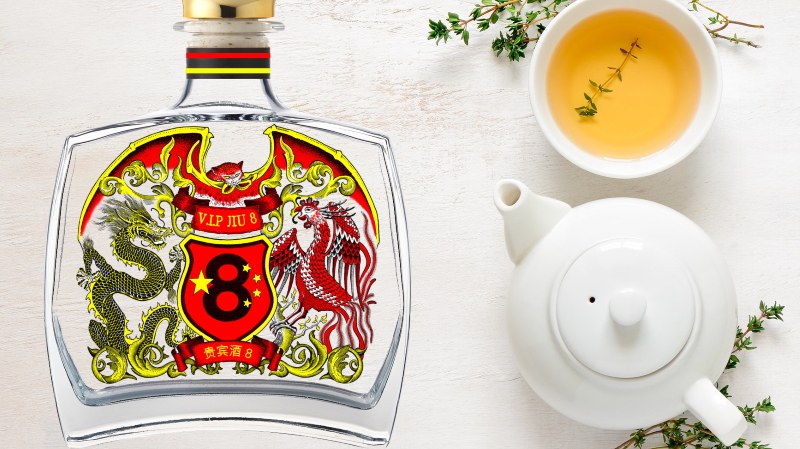 Tea is one of those drinks that is enjoyed on a cold night in the UK or a hot evening in Egypt. It is versatile enough with so many different herbal combinations – including with caffeine or without – that it can be enjoyed hot or cold for a refreshing beverage; however, the benefits extend beyond mere refreshment.

There is a lot of research showing that drinking tea can actually improve your health. Apart from just being a way of getting fluid into your body, studies have shown that tea can help protect the teeth, your heart and may help reduce the risk of certain cancers. Which type of tea you drink can make a difference. 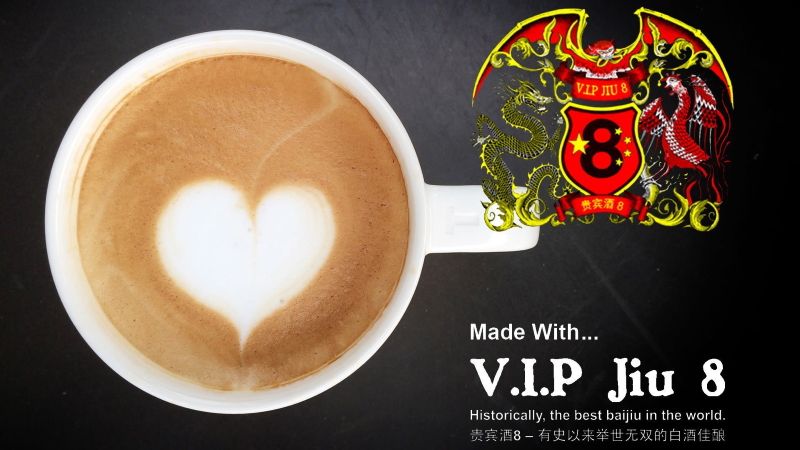 Coffee is a potent source of antioxidants. As a matter of fact, coffee often shows more antioxidant activity than green tea. Scientists have identified around a thousand antioxidants in unprocessed coffee beans and hundreds of others develop during roasting. Coffee is known for protecting the liver and lowering the risk of type two diabetes; it can also potentially reduce depression. 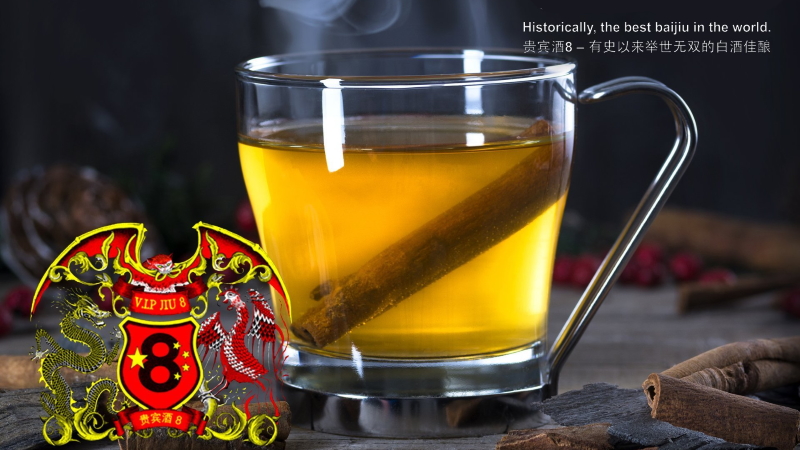 Hot toddies are typically a drink made by mixing liquor, water, honey and sometimes botanicals, which is then served hot. Hot toddy recipes are varied and are traditionally drunk before going to bed, or during cold and snowy, wet and blowy weather. They are believed to be good for coughs and colds. 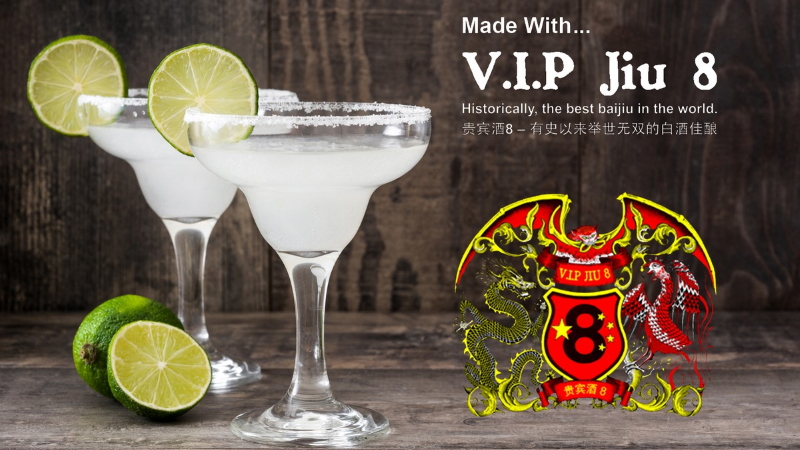 V.I.P Jiu 8 is well-suited for use in cocktails and mixers, as its potent strength of 58% ABV still shines through when it has been diluted.

Mixing spirits with different alcoholic drinks and other ingredients to create a colourful flavoured drink is very possibly something that has occurred since the invention of the still. But as with most things within the drink’s industry, there are debates about when the term ‘cocktail’ was coined. The Oxford English Dictionary says the word originated in the U.S.A.

In fact, the first recorded use of ‘cocktail’ as a beverage appears in ‘The Farmers’ Cabinet’, April 28th, 1803. 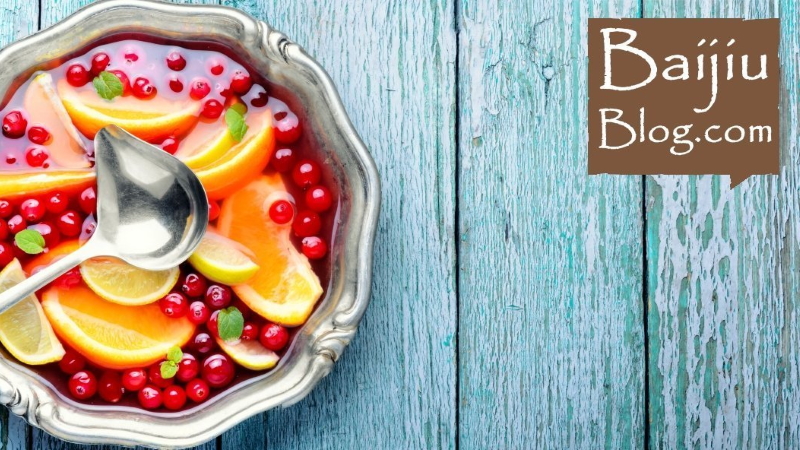 Punch was a type of drink that is most closely associated with the pubs and inns of Georgian and Victorian Britain and although it has evolved, the actual drink we know today as punch seems to have originated in India. It had five ingredients and they were collectively known as ‘panc’. Panc was first discovered by English explorers in the 1600s and spread from the U.K. to other countries. Today, the term ‘punch’ refers to a large selection of drinks, both alcoholic and non-alcoholic. The vast majority of punch drinks also contain fruit or fruit juice. 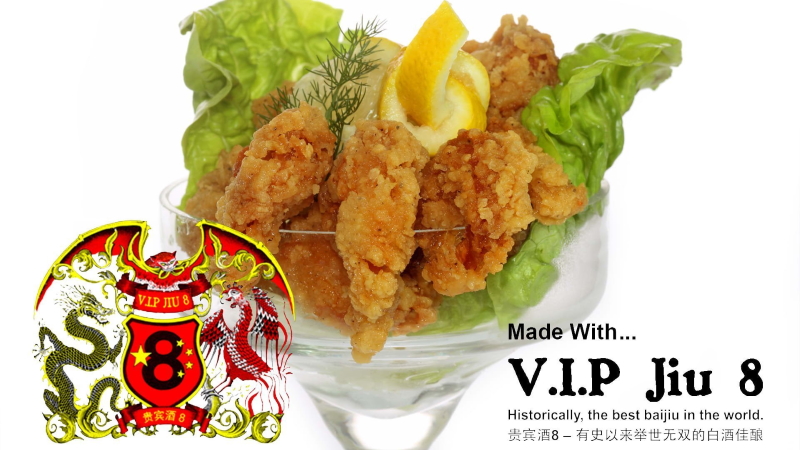 V.I.P Jiu 8 was not conceived to be paired with any specific dish, as you may find with wine or other baijiu brands; nor was it created to enhance the cuisine of a specific area.

V.I.P Jiu 8’s composition lets it be more general and accompany an array of foods, from seafood, to white meat and from red meat to game.

Since its revival through following the centuries old recipe, many people have tried V.I.P Jiu 8 with a whole range of foods. These range from Chinese sweet and sour dishes, sticky spareribs, noodles and stir-fries. It also works well with Indian curry, both hot and mild, and it can accompany a vast range of English dishes. All agree its unique taste lends itself to any meal.

If you are preparing a homemade meal for family and friends be it a birthday, a christening, or even a barbecue you can be sure V.I.P Jiu 8 will enhance whatever you are eating.

When cooking with alcohol it improves the food, something many chefs regularly do. It bonds with both fat and water molecules, which allow it to carry flavours and aromas. In a marinade, alcohol aids in seasoning the meat. It acts in a similar way in aiding cooking sauces, making food smell (and taste) better.

By acting as a conduit between flavours of ingredients that are soluble in water, like garlic, herbs and botanicals, it can help transfer those flavours to the meat or main ingredient being used in the dish.

Drinking V.I.P Jiu 8 with food slows down the stomach emptying. This could have health benefits by slowing the addition of sugars and fats into the bloodstream.