For over twenty years I have searched the world for lost, undiscovered and looted Chinese works of art to repatriate back to China. My passion for studying Chinese history and culture has never waned. Through my experience, I am well acquainted with the broad use of symbolism and their meanings used across many dynasties in Chinese art. 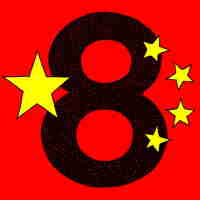 The V.I.P. Jiu 8 recipe consists of nine ingredients personally selected by the Kangxi Emperor, one of China’s greatest ever emperors who ruled China from 1662 to 1722.

V.I.P was incorporated into the brand name as there was nobody more important than the Kangxi emperor at the time. So, what better icon than a coat of arms to compliment and endorse the acronym ‘V.I.P’.

The design is also filled with Chinese colours and symbolism, remaining true to the recipe’s pedigree and to also acknowledge my own love of Chinese culture.

Jiu simply means liquor in Chinese and the number 8 was used due to the fact that the Kangxi wine cup I originally discovered was originally sold as lot number 128 and eventually went on to sell for £28,000. The number 8 also presented itself many times during the story of V.I.P Jiu 8 (read the full story here). 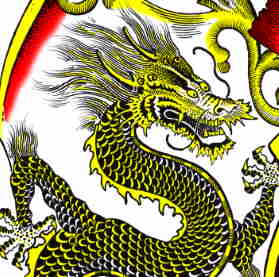 The dragon represents the height of power and auspiciousness. Emblematic of male prowess, strength and divine rule, the dragon symbolises the Emperor of China and is ranked first among mythical beasts — believed to bring fertility to the land.

The link between dragons and Chinese emperors can be traced back to legends associated with the emperors of early China. One of these relates to the legendary first emperor of China, known as the Yellow Emperor (Huangdi) whose dates are usually given as 2697–2597 BC. Among the myths associated with the Yellow Emperor, it is stated that at his death he was transformed into a dragon and ascended to heaven. This and other legends contributed to the adoption of the dragon as the symbol of imperial power – a symbolism which spread to other parts of Asia. The dragon is also one of the four celestial animals, which represent the four quarters – with the dragon representing the east.

The Son of Heaven was seen as having the Mandate of Heaven to rule the empire – tianxia, literally ‘land under heaven’ – and having personal responsibility for the prosperity and safety of his subjects. This responsibility for the welfare of their subjects is another reason for the link between emperors and dragons. In China the dragon was a beneficent creature, associated with water and specifically was seen as the bringer of rain, which was required to water the crops and ensure a bountiful harvest. The dragon was believed to rise from beneath the waves at the spring equinox in order to bring this essential rain.

The Phoenix or Fenghuang (凤凰) 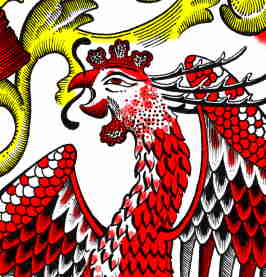 I have deliberately used the phoenix (Chinese = feng huang) in the label design to represent China’s recent reinvention, growth and modernisation. In the West, the phoenix signifies the emergence from the ashes – a symbol of life and re-birth. The phoenix is the ultimate symbol of strength and renewal; it is a powerful portrayal of China’s more recent rise to global prominence.

The original Chinese name of the phoenix – feng huang – incorporates the notions of feng (a male bird) and huang (a female one). This means the bird is actually a symbol of the union between femininity and masculinity, or yin and yang.

The feng huang is an extremely kind creature, which is why legends of the phoenix do not contain any elements of vengeance—the bird simply shuns those who fail to meet its high moral standards. In fact, the phoenix is so docile, that it only consumes morning dew to avoid causing harm to any animals or plants.

The phoenix also symbolises justice and graciousness. It does not tolerate lies or the abuse of power, which is why it never appears to people who engage in such amoral acts.

The bat in the label design is a symbol of happiness and joy. The word ‘bat’ (fu – Chinese) sounds identical to the word for ‘luck’ (fu – Chinese); which is a homophone implying linguistic symbolism. Due to the similarity in pronunciation in Chinese spoken language, the symbolic meaning of ‘bat’ is commonly recognised as good fortune in Chinese culture.

The above explanation hopefully clarifies the use of the various symbolic elements within the V.I.P Jiu 8 design.